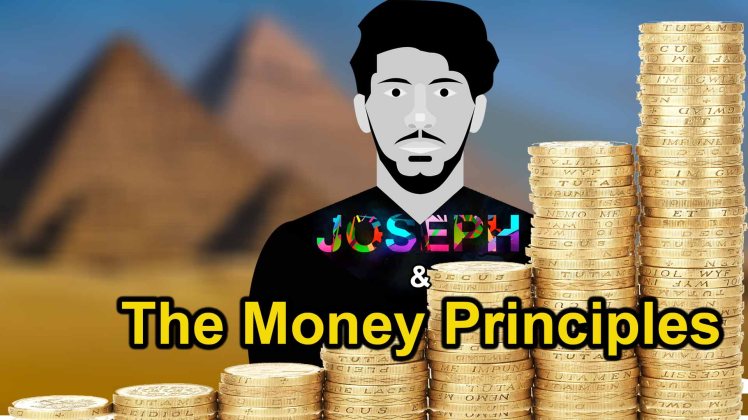 As we last read about Joseph in Genesis 41, Pharaoh had 2 troubling dreams. All of Pharaoh’s magicians and wise men couldn’t give him the meaning of his dreams.  The Pharoah’s Chief Butler who was imprisoned the same time as Joseph remembered that he had interpreted his dream.  The butler told Pharaoh about Joseph and subsequently, he was summoned from the prison.  God gave Joseph the interpretation of the 2 dreams.  First seven years would be plenteous and after that, there would be another seven years a grievous famine. This famine would be so severe, that it would consume the entire land of Egypt.  Joseph gave a divine interpretation and strategy as how to avoid the onslaught of the impending severe famine.   Pharaoh saw that Joseph was a discreet and wise man and decided to set him over the land (vs. 33).  Pharaoh saw the Spirit of God was in Joseph and appointed him to oversee this undertaking.

Pharaoh gave power to Joseph to put in place the plans that he had advised in order for the people to survive in the upcoming years.  Pharaoh said in verse 40: “Thou shall be over my house, and according to your word shall all my people be ruled: only in the throne will I be greater than you.”

The Bible tells us that Joseph was a prosperous man (Gen. 39:2).  For the Bible to tell us that Joseph was prosperous, we must understand that there is also a corresponding thinking process that goes along with prosperity.  Joseph had a prosperous mindset.  ‘Prosperous’ means to proceed, or to push forward for benefit.  A prosperous mindset does not always mean making money!  Joseph learned how to push forward for the benefit of Pharaoh, his people, and for the people of the land.

The Lord gave Pharaoh the dream of the upcoming famine that would hit the land.   Joseph’s first plan was to establish a savings/nest egg of food.  He put this principle in place for all of Egypt.

To ‘save for a rainy day’ is not necessarily scriptural, but the manner in which Joseph did was.  He instructed that since the first seven years would be plenteous and enormous quantities of food would be available, that they were to gather up from the fields the seed that was to be stored up around each surrounding city.  Joseph gathered and stored up grain in great abundance.

Joseph instructed them to save one fifth (20%) of all seed. This on the surface sounds like good common sense. However, it also happens to be extremely scriptural. One fifth or 20% happens to equal a 10% First Fruit Tithe plus a 10% First Fruit Offering. This aligns with scripture and begins to make perfect sense when we consider the scriptures in Malachi 3:10

“Bring ye all the tithes into the storehouse, that there may be meat in mine house, and prove me now herewith, saith the LORD of hosts, if I will not open you the windows of heaven, and pour you out a blessing, that there shall not be room enough to receive it. “ –

This scripture talked about the Tithe, so where is the scripture about offerings? It is addressed in an earlier verse:

“Will a man rob God? Yet ye have robbed me. But ye say, Wherein have we robbed thee? In tithes and offerings. “-  Mal 3:8

The key words being: “…AND OFFERINGS”.  The Tithe opens the windows of heaven, but the offerings make the blessings pour out.  When we give Honor to God by giving Him our Tithe & Offering First, BEFORE we spend it on bills, luxury and on ourselves, it proves that we trust God as our source for prosperity. As we honor God, He honors us.

What Joseph did, is nothing short of amazing. He put an entire heathen godless nation on a Tithe and Offering Plan!!!  As a result, Egypt would ultimately prosper because the Word of God IS ALWAYS  TRUE!

Let us be those who have learned how to successfully live off of the 80% remainder after the giving of your Tithes and Offerings.  However, we have discovered through experience, that God will cause you to prosper and increase far more than if you had lived off of the entire 100%!!

Now, let’s take it up a notch.  Let’s apply an additional concept called Investment’.  If you want to invest, learn how to give your First Fruit Tithe of 10%, your First Fruit Offering of 10% and……    Invest an additional 10%.   Discipline yourself to live off of the remaining 70%. Discipline yourself to Tithe, Give Offerings & Invest and you will be always blessed in life!

“Bring all the tithes (the tenth) in to my storehouse, so that there may be food in My house, and test Me now in this,” says the Lord of hosts, “if I will not open for you the windows of heaven and pour out for you (so great) a blessing until there is no more room to receive it.”

This is the only scripture in the Bible where The Lord says “Test me”. We have found the Lord to be Tested, Tried and True. Joseph put the Egyptians on the only economic plan that he knew would work.

The 1st Ecomomic Principle: 1/5 or 20% a savings plan of putting things on deposit.  Discipline yourself to live within your means on the remaining 80%.