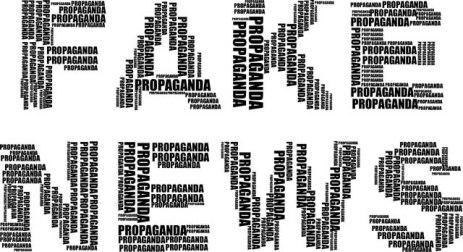 Perhaps you have been keeping up with current events.  There has certainly been a lot of conversations that have been entertained on the topic of ‘Fake News.’   As Christians stop to consider ‘Fake News,’ perhaps we should look at the original ‘Fake News’ and its author.

Jesus refers to him as the ‘father of lies.’ Jesus speaks a scathing rebuke to the scribes and Pharisees. The scribes were those who were educated to transcribe and perform all of the writing aspects of the synagogues, temples, and laws. It was their responsibility to transcribe the record of events and policies accurately. The Pharisees were a group of priests and clerics that were tightly controlled by the king.  One could easily say that they represented a state-run religion.  Jesus speaks harshly to them saying…

“42Jesus said unto them, If God were your Father, ye would love me: for I proceeded forth and came from God; neither came I of myself, but he sent me.

43Why do ye not understand my speech? even because ye cannot hear my word.

44Ye are of your father the devil, and the lusts of your father ye will do. He was a murderer from the beginning, and abode not in the truth, because there is no truth in him. When he speaketh a lie, he speaketh of his own: for he is a liar, and the father of it.

45And because I tell you the truth, ye believe me not. Which of you convinceth me of sin?

46And if I say the truth, why do ye not believe me?

Jesus is telling us point blank that those that can not hear the Words of Jesus are not of God.  Further, He tells us that Satan, the devil, is a murderer, that the Truth does not reside in him. That there is NO TRUTH in him.  In a nutshell, Jesus is telling us that not only is Satan is living a lie, but he is also the ‘father of lies.’

Let’s stop to consider that for a moment.  A ‘Father’ is one that procreates and reproduces after himself. The ‘father of lies’ would reproduce liars just like himself.  Under this category falls anyone who continually promotes things other than Truth.  That is a pretty harsh reality.

The Gospel means ‘Good News.’  It is very good news that we don’t have to be bound, deceived, or killed by Satan’s lies, manipulations, and demonic constructs.  It is very good news that we can experience the True Love and Freedom that God originally intended for us.  The Free Gift of Salvation is given to us by God, the Father, through the Perfect and obedient sacrifice of His Only Begotten Son, Jesus.  Jesus, who died and rose again from the dead and now sits at the Right Hand of the Father.  Jesus, who is the Firstborn (from the dead) of all those who believe in His Name, is our Big Brother.

“For whom he did foreknow, he also did predestinate to be conformed to the image of his Son, that he might be the firstborn among many brethren..”  – Rom 8:30 KJV

“That whosoever believeth in him should not perish, but have eternal life.” – Joh 3:15 KJV

Jesus, through His Obedience to die on the Cross as per the Will of God, The Father removed the pain and permanence of death.

“O death, where is thy sting? O grave, where is thy victory? The sting of death is sin; and the strength of sin is the law. But thanks be to God, which giveth us the victory through our Lord Jesus Christ.” – 1 Co 15:55-57 KJV

God, The Father, in His Sovereignty has given you the ‘right’ of Free Will.  God did not create you to be a mindless robot. God WILL NOT NOR EVER INFRINGE upon His Gift of Free Will to you! To do so would mean that God’s Word has no integrity! It would mean that His Word does not stand for Truth. To think that God would infringe upon your right of Free Will to choose would, in essence, mean that He is a liar.  We must realize that Truth along with the Freedom To Choose is a Divine Gift!

“Every good gift and every perfect gift is from above, and cometh down from the Father of lights, with whom is no variableness, neither shadow of turning. Of his own will begat he us with the Word of Truth, that we should be a kind of firstfruits of his creatures. “ – Jas 1:17-18 KJV

God does not nor will He ever lie!

With any kind of news, the onus is upon those that hear it should do their due diligence and research it out and see if that which is reported is true.  It is also important to note that strong emotions do not indicate the truth of any statement!  Many people in the emotional and intense convictions of their beliefs can influence others to believe things that are not true simply because they are intense and sincere. But my friends, they can also be sincerely wrong.  Rather than getting caught up in the emotional hype, we should be reminded of the Berean’s attitude in Acts:

“These were more noble than those in Thessalonica, in that they received the word with all readiness of mind, and searched the scriptures daily, whether those things were so.”  – Act 17:11 KJV

The Good News of the Bible tells us…

“That if thou shalt confess with thy mouth the Lord Jesus, and shalt believe in thine heart that God hath raised him from the dead, thou shalt be saved. For with the heart man believeth unto righteousness; and with the mouth confession is made unto salvation.“ – Rom 10:9-10 KJV

Such a simple thing to do to receive Eternal Life!

The Fake News of Satan tells us that there is no God, that there are many paths to God or that we can simply do good works and be a good person. There are many different published editions of lies promoting a plethora of equally false concepts.

Such simple lies that can delude people for all eternity!

The Bible makes it clear: there is only one way to be saved and that is through Jesus Christ.

Either way, the choice is yours!

Our prayer for you is that you will make the wise decision to invite Jesus Christ into your heart. Believe in your heart and confess aloud with your mouth that God raised Jesus Christ from the dead and that He is now your Lord and Savior.  There doesn’t have to be any big fanfare or the roaring of a crowd. Just a simple, little prayer, right now, where you are, can change your life forever.

We pray that you recognize, know and understand the Truth of God’s Word.  We further pray, that God’s Love, Mercy, and Grace, will be upon you in a new and real tangible way.

The Good News based on TRUTH is a Good Thing! 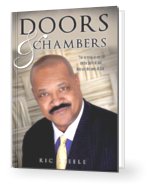 Be sure to check out all of our blogs!