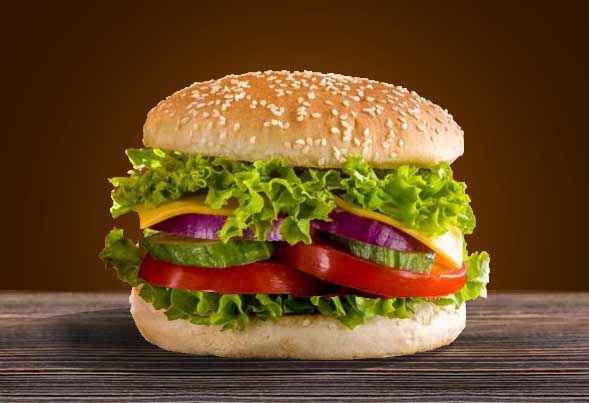 Of the many possible disappointments in life, there is one that ranks up there at the top (facetiously speaking of course).

It is a nice looking large hamburger that when you take off the top bun to put on your condiments that you discover a radically undersized hamburger patty.  The bread, toppings, and height of the sandwich give the impression of a man-sized sandwich that is worthy of a glorious epicurean conquest.  Upon closer inspection, the actual burger is merely a small fraction of what it was purported to be.

They said it was a great burger, but something was missing.   There seemed to be a lot of lettuce and tomato, but the meat still seems to be lacking.   Where is the beef that proves it is a hamburger?

If we use a legal metaphor and backdrop, the concept is the same.

In a legal case, the courts determine if there is enough evidence to convict you of a crime by proof of evidence.   They use eye-witness accounts, factual evidence and timelines of established behavior to prove their case.

Interestingly enough, when the detectives are doing their initial investigation, they interview people and ask about the suspect’s character.  In the courtroom proceedings, character witnesses are used establishing the integrity, or lack thereof, concerning the accused.  We see an example of character witnesses being used in this manner in Acts.  The disciples employed this strategy when it came to the establishing of Godly men to take care of the daily administration of assistance to the widows.

“Wherefore, brethren, look ye out among you seven men of honest report, full of the Holy Ghost and wisdom, whom we may appoint over this business.”  -Acts 6:3

They looked for brothers that had proof of their faith in God. They looked for men where there was evidence in their life that proved that they were full of the Holy Ghost.  The Bible also reminds us..

“And we beseech you, brethren, to know them which labour among you, and are over you in the Lord, and admonish you; “ -1Th 5:12 KJV

We have to take the time to get to know a person and their true heart’s intent. Some people want to be in ministry to serve the Lord. Others want to be in ministry to create a platform to enlarge their ego and personal power. A person can do nice things and in general be a ‘good person,’ but there is a difference between their works and those that are truly inspired by the Holy Ghost.  For those who desire to do a work in the higher ranks in ministry, there must be evidence that the Holy Ghost truly inspires them.  Anything less than that is a work of the flesh that ultimately results in a religious, dead institution.  Jesus called them ‘White Washed Sepulchres”. (Mat 23:27) There should be a track record indicating the Hand of the Lord is operating through their life.  James says it like this:

James states that his Godly works are proof of his faith.  He is stating that he has left a trail of evidence.  In a legal case, James would easily have been convicted of being a Christian because he left a clear trail of the proof of his faith. Apostle Paul addresses the same concept when writing his spiritual son, Timothy:

“But watch thou in all things, endure afflictions, do the work of an evangelist, make full proof of thy ministry.” – 2 Ti 4:5

He is instructing his spiritual son, Timothy, to leave a trail of evidence concerning his ministry.  Why is this such an important part of ministry? Why is this so important of a consideration in the House of God?  We will use ourselves as an example:

All of these people may have been sincere in the belief of their ‘call’ however; there was never one shred of evidence proving their ministry.  No evidence could be found anywhere that would have convicted them in a court of law if their faith and callings had been put on trial.

If someone is truly called by God to a spiritual office or to accomplish a task, there will be some indication or some proof from their life of that being in their heart. There are also multiple external confirmations along the way.

“This is the third time I am coming to you. In the mouth of two or three witnesses shall every word be established.”  -2 Corinthians 13:1

If their faith is sincere and truly of the heart and not just a mental ascension, then there will be a natural zeal to accomplish it.  God gives the reward of great joy when we follow after His Will for our lives.

We put forth the following challenge:  Like a detective looking for evidence along a timeline, stop and take time to examine your history.  Is there any proof of your convictions and belief in God? Has there been any Divine influence that caused you to move out of the standard trajectory of life?

Whether you use the legal metaphor or the food metaphor, the question is still the same… 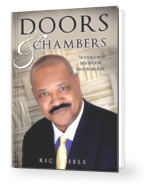 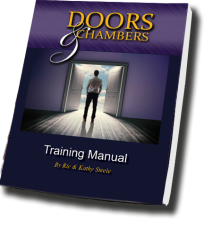