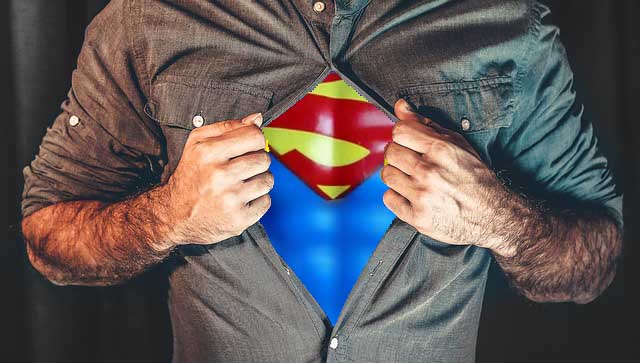 God made man in His image and likeness.

Our God is a creative God.  He spoke the Universe into existence.  Before He spoke it, I’m sure that He thought about it before He released His Word.  He used His Imagination.

Having been made after His image and likeness, we like Him, have imaginations.  This built-in innate tool is one of the most powerful tools that we have.  We see in culture a plethora of unique reflections of people’s use of their imaginations, whether it is art, science, music, business, storytelling, daydreaming, a witty invention or even simply discovering a clever life-hack.  These are all examples of man’s ability to create things imagined.   To have an active imagination is a good thing.

Your imagination is more powerful than you realize.  You can imagine anything.  There is no limit to your imagination.  In fact, let’s do a simple exercise just for fun:

You can at this very moment if you choose, imagine yourself standing on the surface of the Sun.  Go ahead and imagine that right now.  We’ll wait….

Tick, tick, tick (Seconds going by on the clock while you are imagining this)

Now, let us change the scenery.  Imagine yourself walking on the bottom of the ocean.  Look up towards the surface.  Can you see in your mind’s eye, the schools of fish swimming and swirling around? Can you see the larger fishes swimming around you too?

Did you notice how easy it was to switch in a moment’s notice from standing on the Sun to walking on the bottom of the ocean and back again?  You did it instantly with no effort.  When you were standing on the sun, you didn’t feel the effects of the heat nor were you blinded by the brightness of it.  When you were walking on the bottom of the ocean, you were not suffocating nor crushed by the extreme water pressure either.  What an interesting experience!Y our ability to imagine and dream of things is infinite. There is no restriction.

There is nothing wrong with having a powerful imagination. God gave you that ability!  However, some use their imaginations for good and others for evil. In Genesis 6:5-6, The Lord became remorseful after making humans because they imagined evil things continuously.

“And GOD saw that the wickedness of man was great in the earth and that every imagination of the thoughts of his heart was only evil continually.”  -Gen 6:5 KJV

The people of Genesis 6 used their imaginations in the wrong way.  Praise God, that He gave us another chance! He even went so far in His Love for us that He gave His Only Begotten Son to die on the Cross for us that we might be saved and have eternal life!

“Casting down imaginations, and every high thing that exalteth itself against the knowledge of God, and bringing into captivity every thought to the obedience of Christ; “ -2Co 10:5 KJV

It is so important that we guard our hearts.  You saw in the imagination exercise how easy it was to stand on the sun or walk on the bottom of the ocean.   The enemy of your soul is very skilled at introducing evil and demonic concepts and ideas to fire up your imagination. By doing so, he can redirect it and point it in the wrong direction.  Thoughts are seeds.  The enemy is continually attempting to plant his evil thought seeds in your mind and spirit.  Here are some examples:

Learn to cast down, (REJECT THEM VIOLENTLY), any thoughts and imaginations that are contrary to God’s Word and, His Promises.  Don’t allow your mind to be captured by your imagination run amok. But rather, capture the random thoughts the enemy is attempting to sow in your mind.  Force it to comply with God’s Word.

Learn to force those random thoughts and make them comply by finding, learning, knowing and confessing the scriptures of what God has said concerning a particular subject.  His Truth is stronger than the lie.

God made you in His Image and His Likeness. He made you with an imagination.    Imagination is truly a superpower. The movies, (which is someone else’s imagination on a screen by the way), tell us that superpowers belong to the superheroes.  Your imagination gives you superpowers.   Really, the truth is this.  You are already a Super Hero with superpowers!

And as a Super Hero, just make sure that you use your superpowers for good and not for evil.

\Consider Adding These Discernment Resources To Your Library! 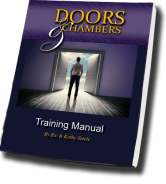