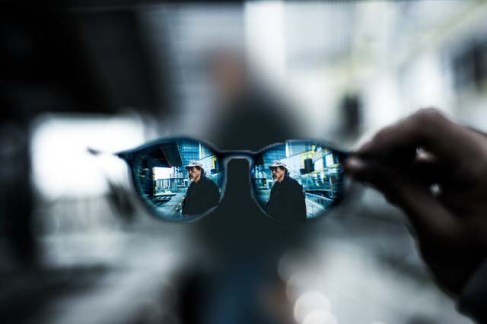 The Scriptures tell us the story…

“And he cometh to Bethsaida; and they bring a blind man unto him, and besought him to touch him.

And he took the blind man by the hand, and led him out of the town; and when he had spit on his eyes, and put his hands upon him, he asked him if he saw ought.

And he looked up, and said, I see men as trees, walking.

The Bible tells us,

“But the natural man receiveth not the things of the Spirit of God: for they are foolishness unto him: neither can he know them, because they are spiritually discerned. “  -1 Co 2:14 KJV

The natural man sees only by facts, figures and physical objects. He only believes in those things that he can smell, taste, touch, hear and see.  He only knows what he can quantitatively measure. But those with spiritual eyes have the ability to see into the realm of the spirit and those things that are supernatural. Those that are spiritual have the ability to smell, taste, touch, hear and see in the Spirit also.  Those with spiritual eyes are not limited by those things which are quantitatively measured.

Notice that Jesus led the man out of town first.   Jesus led him away from everything that was familiar to him. If you want healing in your spiritual eyesight, sometimes you have to be led away from those things which are familiar.  The town represents the standard way of doing things. The town also represents the way the world thinks. In order to heal the man, Jesus had to change his location to an environment where it was more conducive for his faith to operate.   In the ‘town’, there is a lot of fear, doubt and unbelief.  In the ‘town’, there may be the naysayers, the dream killers and the anointing stealers.  If you want to see clearly, by the spirit, you have to get away from the toxic environments that causes blindness.

“Wisdom is the principal thing; therefore get wisdom: and with all thy getting get understanding. “  -Pro 4:7 KJV

In our seeking of wisdom concerning spiritual things, we need to understand that we need to submit to the process of being touched in order to see things clearly, according to the Truth of God.

And speaking of submitting, the first time Jesus touched the man, he spat in his eyes. That is an extremely intimate act!  Most people would quickly get into a serious fight if someone spat in their face. Think about how would you react if someone spat in your face! Just about the only people that we would tolerate to spit in our face without rising to some level of serious harmful intent, would be Mom. Instinctively, we would know that she was just trying to clean us up as her children. Maybe, the only other person that could do this and get away with this, would be our spouse.  Then and only then, would it be tolerated because we would understand that they were simply trying to help us out in some way. And yet Jesus spat in a complete stranger’s face!

The act of allowing someone to spit in your face is extremely humbling.  It is statement testifying to the level of trust and acceptance of the person who is helping us.  It is a statement of surrender and submission because of the love flowing through the person that is helping us.    If we want to have better spiritual eyesight, it requires that we trust, accept and submit to the love from Jesus.  It requires that we submit to the process through which Jesus chooses to heal us.   Jesus could have just as easily, snapped his fingers and the man would have been healed. However, He chose the unusual process of spitting in his face in order to manifest his healing.

And even after Jesus led him away from the toxic environment, showed him the love and kindness of,  ‘Mamma’s touch’, laid hands on him as King of kings and the Lord of lords,  he still could only see the men blurry, as trees walking. It still took Jesus to touch him again for him to see the men clearly.

We need to submit God’s chosen process for healing and restoration.   We need to take comfort in the fact that the end result will be that the blindness will end and we will be able to see things clearly.

Let the Spirit of the Lord touch you more than once! Let Him touch you in the way that He wants to touch you! Let Him heal your eyes, both natural and spiritual, and you will see things clearly!

-May God’s Grace Abundantly Rain In Your Life!