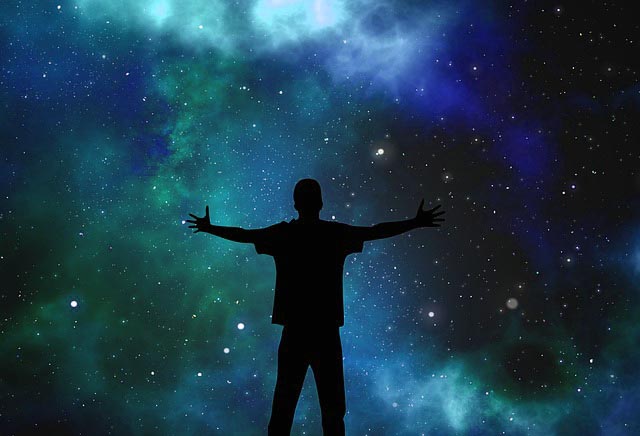 The Bible tells us that the very heavens declare His glory. If you have ever looked up at the stars at night, without the interference of the city lights, it is a very humbling experience.

For those of us who are predominantly modern city dwellers, we can have a difficult time understanding His Glory from the simple act of looking at the stars. The city’s lights reflect off of the atmosphere and obscure the stars of the night sky. From a city’s perspective, we might be able to see a few bright stars here and there. However, to gain the full appreciation, we need to escape from the city and go into the country, where we can get an unobstructed view of the stars. It changes from what seems to be only a few stars visible at night in the city, to suddenly turning into an innumerable number. One night, I was out in the country and there was a full moon. I literally could read a newspaper and all of the fine print at night from just the moon and starlight! I was blown away at the clarity and ease of seeing something normally impossible to see.

It is an interesting thing to consider that Abraham was told by the Lord that his seed would be as the stars of the sky. The power of that statement is often lost by today’s modern culture who’s sight of the night sky is often obscured by the city lights. The question is begged of us, how much is our spiritual perspective clouded by our modern society and lifestyle?

We must take the time to ask ourselves, is the life we are living so busy that it obscures the true light that is forever shining? The bright lights of Hollywood, today’s media, news and politics are all magnified by the instantaneous access through TV and Social Media so much that their combined diffused glow can obscure the bright message of the Bible. The truth is, that the lights in the Heavens are just as bright as they always were. Nothing has changed, except the perspective. The reality is, that the richness of His Mercy and Grace is immeasurable like the stars in the sky.  It shines as bright as it always has. The Truth is that Jesus died on the Cross for us and that His Love is tangible and ever present.

Prayer has a way of removing all of the obscurities of modern life. Prayer allows us to see God for who He really is. It is like a spiritual trip out to the country where we can see the stars for what they really are. Earnest prayer will remove all of the hum of technology, all of the stress, and all of the drama associated with today’s living. Instead of focusing on the lesser lights of modern living, we should be those who focus on the brightest light of all, Jesus. His light shines brighter than any other.  As we focus on Jesus, we can begin to see things even in the night seasons that normally be impossible to see.

Let us pray and remove any cloudiness from our vision. Let us remove all hindrances and the sin that so easily besets us. Let us be those who gaze up at the Lord with the wide-eyed wonder that a child has when looking at the stars.  Let us be those who never forget to humble themselves to give honor and glory to God.

And if I haven’t said so….  Take the time, get out of the city and go look at the stars!

“To the chief Musician, A Psalm of David. The heavens declare the glory of God; and the firmament shews his handiwork.” – Psa_19:1