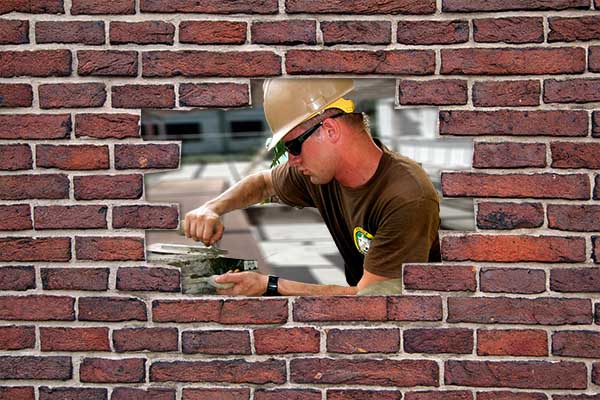 We highly recommend taking the time to study the Old Testament in addition to the New Testament. The Old Testament helps you understand the past, the human elements and situations before Jesus ushered in Grace.

“And they that shall be of thee shall build the old waste places: thou shall raise up the foundations of many generations; and thou shalt be called, the repairer of the breach. The restorer of paths of dwell in. ”

A breach is simply a hole in a barrier or wall.  Spiritual breaches are holes that the enemy has used to gain access into people’s lives. You can call it a breach or an access point, a doorway or a portal.   These spiritual breaches could be the result of generational curses, harmful experiences or events that a person was involved in. The unfortunate part of breaches is that ignorance of the potential damaging effects of participating in demonic and hurtful activities do not exclude the person from the devastating results. A simple spiritual example of this is someone that has gone to a palm reader, played a Ouija Board game or was involved in occult activity. Even though a Christian may have repented concerning these things, the breach still needs to be closed and repaired. In the given example, the spirit of witchcraft still has legal access to the life of that person to wreak havoc and will still hinder their growth in the knowledge of God and His Word. It will still be there until it has been dealt with.

As Christians, we are to be the repairers of the damage the enemy has done in people’s lives.  Whether it is in the natural, spiritual or incorrect thinking.  Part of being  ‘A Repairer Of The Breach’ means that we must learn to recognize ‘Breaches’ in all forms. John 4:1-26 tells the story of a Samaritan women at the well who met Jesus. When we study this story, we discover that she was in actuality, an Israelite.  However, the Bible identifies her as Samaritan.  The Samaritan culture had a blended population including different ethnicities. This blended population also included Israelites. The Samaritan culture was a blended population that was the result of the influence and conquests of the Assyrians. The Assyrians were well known for their cruelty of beheading people, cutting off hands, feet, ears, noses etc. Simply put, Samaritans included Israelites that had been influenced by this offshoot of the Assyrian culture.   As a result of their having been influenced by this Assyrian culture and not adhering the customs of their forefathers, they were not recognized as being Jews. There was animosity between the Jews and the Israelites who were Samaritans. The Israelites of Samaria began to take on the culture or mindset of those they lived around.

In the story of the Samaritan women at the well, the Lord reveals that there are three breaches. When we examine them, we discover that the same breaches are still in operation today.  Let’s look at the First Breach today.

The First Breach – “You Don’t Know What You’re Worshiping”

Jesus tells the Samaritan woman in that story:

To tell someone that they don’t know what they are worshipping is a shot right between the eyes. It is a declarative statement of the fact that the person is totally unaware of what they are participating in. It also means that the person is currently involved will continue on in that activity clueless unless otherwise informed. The modern-day version of  ‘You don’t know what you are worshipping’ is found in the infiltration of worldly concepts, ideologies and worldly opinions into God’s church. The infiltration of these things into many churches has caused a potential confusion among those who are not truly rooted in the Word of God. The infiltration has occurred in such a way that many people don’t know what they worship even though they attend church.

Christians need to be delivered from ‘the spirit of the world’. The spirit of the world is like a coat of dirt that is on their clothing. Clothing that normally would be pressed, clean and crisp.  Like dirt, it needs to be brushed off. If Christians are not careful to take the time to study the Word for themselves, they can begin to worship that which they don’t know. Perhaps one of the more obvious breaches is that which we often see is a common misrepresentation by Hollywood and the media. One such misrepresentation is that there are many pathways to God.  Not so. The Bible clearly says,

Hollywood offers alternative ways to access God through the collective opinions of the story writers, producers and/ or talk show hosts. These ‘alternative pathways to God’ can take on many different forms including the form of new age religion and philosophies, independent culture and thought or even scientific endeavors to explore the universe and find the ‘God Particle’.  When we examine the alternative means that offer to ‘access God’, we see that the heart is of the effort is not on God but rather on self.  The ‘Selfish’ mindset proclaims at every opportunity and post that ‘I can do whatever I desire and can achieve.’ We must remind ourselves that self-exaltation is the same sin that Lucifer committed.  It was Lucifer, the fallen angel, who said “I will be like ‘The Most High’.  His pride and attitude of self exaltation sought to displace God as The Most High. There is nothing wrong with achieving goals, discussing new concepts or exploring the limits of one’s capabilities. There is something wrong however, when it takes the place of God. Things that take the place of God are idols by nature and by definition.

Let’s take a quick look at programs like American Idol. This is a prime example of the spirit of the world. In the show American Idol, the emphasis on and elevation of ‘Self’ is taken to an entirely new level. The “look-at-me-I’m-a-star” mindset has been clearly identified in the title of the show. Look at the words in the title, ‘American Idol’. An idol is a substitution for God. In essence, the title blatantly decrees “Look-at-me-I-am-like-The-Most-High-and-I-am-an-idol’!  For those that participate, they are unwittingly declaring that they want to be as Gods and to be worshipped. The enemy is so brazen that he can actually use the term ’Idol’ in the title and people that are dead in their spirits or have become desensitized to the things of God eat it right up. The fact that the show has so much success is indicative of the general cultural mindset that is focused on ‘self’.

We see the abundance of selfish mindsets proliferating across Social Media.  On Facebook, we often see ‘Christians’ or church people dressing like the world with see-through clothes, erotic and suggestive moves singing, dancing or directing the choir.  It’s not just women but also men as well.  We also see the taking of secular music and simply putting Christian words to it and calling it ‘Godly’. Instead of seeking God in prayer for lyrics and the music, we have seen a trend to simply convert, use or ‘reclaim’ secular music. All the while the attempt is made to call it ‘Christian’ or ‘Gospel’ music. Our God is a creative God.  If we take the time to truly seek Him in prayer for music and lyrics for that which He wants to hear, He will give it to us. In Proverbs, it says,

“Praise ye the LORD. Sing unto the LORD a NEW song and his praise in the congregation of saints.” – Psa 149:1

Consider that, a NEW song! Not some rehashed ‘churchified’ version of secular music that does not glorify or give honor to God.

Further, we also see the awards given in competitions for those who can sing the ‘best’ gospel music. The very nature of desiring an award for ‘best’ choir or singer is the exact opposite of scripture. Consider the following scripture:

Notice that it says, “He shall lift you up”.  It does not say, lift yourself up. Notice it does not say give yourself an award for the greatness of your singing. The nature of having a ceremony and receiving an award for who gives the best praises to God is the Luciferian mindset of self-exaltation.

Simply put, the First Breach that must be closed is the ungodly, wordily ways that have infiltrated into the church and its thinking.  We have only listed a couple of examples. However, there are many points where the enemy has infiltrated the church with worldly and demonic ways. The woman at the well was in actuality, an Israelite and that had taken on the worldly ways of the Samaritan culture.  She knew of God, but she did not know God. How many times do we see churches where they know of God, but they do not know God. How many times have we seen Christians that have taken on the worldly ways of the culture that surrounds us? How can we minister to people and talk to them about salvation and the goodness of God when we look just like the world?  They will see no difference between the world’s ways and ways of God’s church.  Why would they ever come to us to learn about Jesus, if we look just like them in manner, deed and behavior?  If we look just like them, it gives them the illusion that they are fine. And they are not. God does not wish for any man to perish. We must always remember to keep our focus on God, His Word, His Will and His Ways.

“Don’t love the world or anything that belongs to the world. If you love the world, you cannot love the Father. Our foolish pride comes from this world, and so do our selfish desires and our desire to have everything we see. None of this comes from the Father. The world and the desires it causes are disappearing. But if we obey God, we will live forever.” – 1 John 2:15-17 CEV

We must be those that have a heart for worshipping the True and Living God with a pure spirit.  Jesus said,

“But the hour cometh, and now is, when the true worshippers shall worship the Father in spirit and in truth: for the Father seeketh such to worship Him.” – John 4:23

Jesus told the woman at the well, ‘you don’t know what you worship’.  In order to close up the first breach, our responsibility is this:  We must know what we are worshipping. More importantly, we need to know WHO we are worshipping.  We worship the True and Living God.  We are not to worship the illusions, imagery and fantasies that are continually placed before us.

If we discover that we have left the door open in this area, we must repent and make sure that we close this breach in our lives quickly. We admonish you, seek the True and Living God and worship Him in Spirit and in Truth.