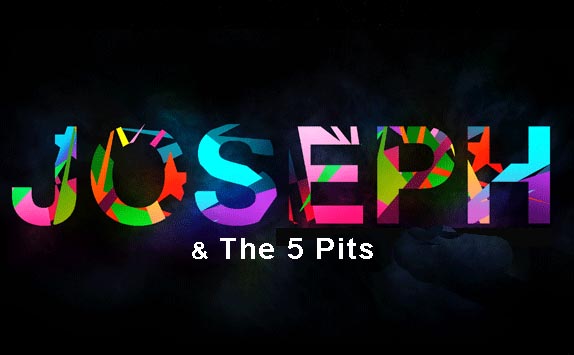 Joseph survived the first pit,  ‘The Pit of Despising’. He then survived the second pit, ‘The Physical Pit’. Now he would face a new pit. A Pit we call ‘The Slave Pit’.

When we study the story of Joseph, we discover that his brothers wished to kill him because of his audacity to verbalize his dreams. This was in addition to sibling rivalry and petty jealousy. They even went so far as to mock him and call him, ‘The Dreamer’. However, Reuben, the oldest brother, didn’t want Joseph killed. He convinced the other brothers to throw him into a pit. To add insult to injury, after Reuben thought about it, he told his brothers to sell him as a slave to the Midianites in order for them to make a profit. They sold their brother Joseph for $20 pieces of silver. In today’s currency, that is approximately about $10,000 USD according to our estimation. Through the resulting set of circumstances, we find Joseph is now a slave in Potiphar’s house. Joseph spent a total of 11 years as a slave in the house of Potiphar – the captain of Pharaoh’s Guard.

In the slave pit, Joseph encountered many things. Perhaps the most famous story is that of Potiphar’s wife attempting to engage Joseph in an illicit affair. With all of the drama that Joseph endured in the story of Pharaoh’s wife attempting to entice him, it is very easy to miss the many other valuable things that Joseph learned and accomplished while in ‘The Slave Pit.’

Genesis 39:5-6 give us a great understanding of some of the things that Joseph learned and accomplished while in this pit. Gen 39:5 And it came to pass from the time that he had made him overseer in his house, and over all that he had, that the LORD blessed the Egyptian’s house for Joseph’s sake; and the blessing of the LORD was upon all that he had in the house, and in the field.

Gen 39:6 And he left all that he had in Joseph’s hand; and he knew not ought he had, save the bread which he did eat. And Joseph was a goodly person, and well favored.

Simply put, Joseph learned how to be a leader while in the slave pit. He learned ‘how to turn lemons into lemonade’. What seemed to be a desperate time was in actuality training for leadership.  As we explore these verses, there are several words that leap off of the page. ..

Proper Behavior – “…And Joseph was a goodly person…”  Everybody wants the favor of The Lord.  There is the spiritual side of being favored.  However, there still is the natural side of doings things that are appropriate in proper response to people and to society. There is such a thing as behaving oneself properly, responding correctly to people and staying in order. An overseer will never trust anyone that behaves inappropriately. In the Egyptians house, Joseph learned how to behave himself appropriately.

Attitude – “And Joseph was a goodly person”, – This simple statement is worth a second look.  It can easily be overlooked. However, it is impossible to be considered ‘a goodly person’ and have a consistent evil disposition and bad attitude. With plenty of opportunity for Joseph to take on a stinky attitude about life, he rose above it. Clearly, Joseph had learned how to have a positive attitude and believe God for the best. That means that somewhere in the midst of the physical pit and then subsequently being sold as a slave, he mastered having a good outlook and attitude.  What was his secret? Here it is….  That despite his immediate circumstances.  Joseph believed, trusted and served God. And this fact alone is enough to cause us all to stop and think. If we really trust and believe God and know that has good things planned for us, how can we have a bad attitude or negative outlook in life? Clearly, Joseph had learned this lesson and it showed to Potiphar.

Trustworthy – “…and well favored.” He found a way to be accepted as Trustworthy. Trustworthy means ‘Worthy of Trust’. This means that Joseph was transparent in motives and in his personality. He didn’t have any hidden agendas. Potiphar was an unsaved man and did not believe in the True God. However, because Joseph believed God and it showed, Potiphar trusted him. Potiphar knew that Joseph would not sin against his God. Potiphar could trust him with his house on that fact alone. Which brings us to an interesting thought. …The world may not believe God, but they sure can tell whether or not you do.

Potiphar had additional reasons to trust Joseph also.  We also learned earlier that it was in his personality to tell his Father about the misdeeds of his brothers and his father’s concubine. In Gen 37.2 “….and Joseph brought unto his father their evil report.” If something was amiss, Joseph was going to tell it. Imagine Potiphar as an employer rather than a slave master. As an employer, Potiphar, could trust someone that was going to tell him what was going on behind his back. If something was out of order, Potiphar knew that Joseph was going to tell him the truth of what was really going on in his household.

Administration – “And he left all that he had in Joseph’s hand; and he knew not ought he had, save the bread which he did eat.” In Potiphar’s house, Joseph became the trusted manager of Potiphar’s affairs. He learned how to administrate effectively. The Bible said that The Lord blessed the Egyptians house for Joseph’s sake. However, there is still the natural aspect of proper administration. One can easily surmise that Joseph was not the only slave in Potiphar’s house. With this being said, Joseph was made the ‘Overseer’ of Potiphar’s house. This shows us that Joseph learned how to motivate, lead, manage and administrate a team effectively.  Perhaps we can understand this better when we put it into today’s terminology and business culture: Joseph produced results. From Potiphar’s perspective, Joseph had a good attitude, was trustworthy, was a God fearing, self-motivated team leader that had consistent proven results!

Even though there appeared to be chaos and disaster after disaster in Joseph’s life,  we start to see a pattern. The pattern is, that despite what bad or evil things befell Joseph, we see God raising him to the top of his situation(s). We also see God using those situations to teach, train and prepare him for his ultimate role as the second in command over all of Egypt. A role that would allow him to save his family, his people and even the Egyptian nation. We are reminded of the following scriptures…

“No weapon that is formed against thee shall prosper; and every tongue that shall rise against thee in judgment thou shalt condemn. This is the heritage of the servants of the LORD, and their righteousness is of me, saith the LORD.” – Isa  54:17

“And we know that all things work together for good to them that love God, to them who are the called according to his purpose.” – Rom 8:28